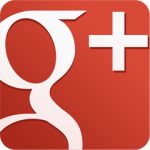 ‘Why Google Is Finally Putting Google+ Out of Its Misery?’ | Inc.com. The above title from Inc.com hits the mark. If you haven’t noticed, Google+ was a ghost town – Another quote from Inc.com that is also right on! Originally meant to keep Google in the Social space online, it just wasn’t to well received […]

WOW – Big Daddy is watching and can get a lot more info on you than you think. Facebook received nearly 35,000 requests for user data from governments around the world during the first half of 2014, up 24 percent from roughly 28,000 requests made during 2013’s second half. The uptick indicates the value governments […] 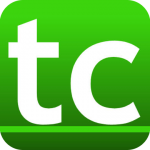 If you are like me, I have over 400 different fonts installed on my computer. So, graphically designing images using fonts can be quite a chore sifting through the many fonts available to use. Here is a great way to quickly preview all your installed fonts There are few font preview programs out there that […]

Quoting Cynthia Boris of Pilgrim Marketing We’ve got to stop saying that no one is using Google+ because clearly, it’s more than a blip on the social radar. The latest GlobalWebIndex report shows that 25% of global internet users are ACTIVELY using Google+. That’s what it says, but I’m not sure I believe it. Read […]

It’s been more than a year since Facebook introduced the Twitter-like “subscribers” feature, letting you follow public updates from people you aren’t friends with. Well, a year is a long time to go without changing any feature at the rapidly iterating social network — which announced Wednesday that it would be changing the name of […]